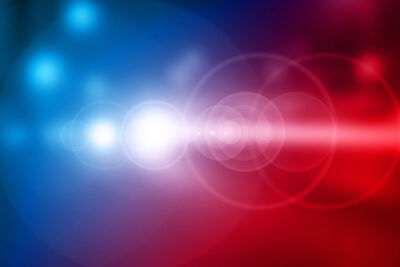 GROSSE POINTE CITY – Police are investigating what appears to be a hate crime after a makeshift noose was left in the men’s room of the Panera store in the Village on the evening of December 30.

Between about 8 and 8:30 p.m. on Dec. 30, said the city of Grosse Pointe’s director of public safety, John Alcorn, a male Panera employee walked into the men’s restroom and found a noose made of paper towels hanging from one of the bathroom stalls. The employee is black, but it was unclear at press time if the noose was aimed at him or someone else; Alcorn said police found no graffiti or notes in the restrooms that could have referred to a specific person.

Alcorn said police take this incident very seriously and view it as a threat.

“You have to take it seriously due to the hateful nature of the symbol,” Alcorn said. “It is a symbol of hatred, violence and murder.”

The NAACP says lynchings “were violent public acts that white people used to terrorize and control black people in the 19th and 20th centuries, especially in the South.”

Records kept by the NAACP show that more than 4,700 lynchings allegedly took place in the United States between 1882 and 1968, although the actual number is thought to be higher. Of these victims, 72% were black.

The suspect or suspects involved in this incident could face hate crimes, harassment and other possible charges, Alcorn said. Even if the person or persons responsible for placing the noose thought their actions were a prank, “there’s nothing funny about it,” Alcorn said.

The City of Grosse Pointe Public Safety Department contacted the Grosse Pointes-Harper Woods branch of the NAACP regarding the incident.

“It’s something that’s been going on since the 1600s and is rooted in the roots of our ancestors,” said Henry Wilson, the new president of the NAACP’s Grosse Pointes and Harper Woods branch.

Wilson said that in addition to facing repercussions, the suspect or suspects involved in this incident may need to be made aware of the seriousness of their actions.

A group of about four white teenagers who were at Panera and using the restroom at the time the noose was allegedly placed are potential suspects, but Alcorn said police were not ruling out the others because the business was busy and crowded.

“It’s a survey error to (not) look at everyone,” Alcorn said.

He said a detective was immediately assigned to the case, although other detectives and officers are likely involved as well.

“It’s a holiday weekend, but when it comes to something like that, we come to work,” Alcorn said.

Alcorn said it was the first such incident in the city in as long as he can remember.

This is not the first visible manifestation of racism in Les Pointes in recent memory. In early 2021, a resident of Wayburn Street in Grosse Pointe Park placed a KKK flag in a side window of his home, where he faced the home of a black family. In June 2020, a curtain cord was made into a noose and hung in a classroom at Grosse Pointe South High School in Grosse Pointe Farms.

At the same time, many residents of Grosse Pointes have strongly condemned racism in recent years. Around 2016, the Grosse Pointes and Harper Woods branch of the NAACP was founded. Large groups of residents of all ages and races took part in a series of peaceful Black Lives Matter protests in the Pointes in 2020. In 2021, a historical marker was placed at Grosse Pointe South High School to commemorate a visit and a 1968 speech by civil rights. Martin Luther King Jr icon

City officials expressed outrage at the Panera noose, which is located in the bustling Village business district.

“The City of Grosse Pointe condemns this act,” City of Grosse Pointe Mayor Sheila Tomkowiak said in a prepared statement. “This is a hate crime that is unacceptable and will not be tolerated in our community. The noose, a symbol of human oppression and violence, has no place here. Any attempt at racial intimidation will be dealt with to the fullest extent permitted by law. The City’s Public Safety Department is investigating the matter.

Tomkowiak said anyone with more information about the incident should contact the Public Safety Department at (313) 886-3200 ext. 2244. Alcorn said tipsters can remain anonymous.