Jodi's Diary: The Ice Road Ahead

The final weeks of 2022 provided a continuing metaphor for how I view the coming weeks of 2023.

But first, a quick look back at how well I predicted the major themes of the year that has been. In this column, I detailed what I thought would take the year forward, and it more or less played out accordingly, although I had my share of misfires as well.

For example, I predicted that the pandemic would give way to endemic status, which it did.

I thought we would see more construction activity on the Sanford USD Medical Center campus, which we are, but I also missed the full effect that various economic factors have had on health care this year – and the dismissals and the setback of certain projects and initiatives that resulted from them.

I thought downtown would continue to attract more commercial activity, which it has, including some that we haven’t been able to announce yet.

I called it good, though in about six months, not only would Amazon begin operations, but we would also see an increase in additional warehouse space to support the growing logistics industry.

I also thought it would be a good year for retail – which I think it was, although punctuated by more bumps than I had anticipated along the way, with consumers starting to take the brunt stickers with weather-related impacts during the holiday season.

And finally, I predicted that we would easily hit $1 billion in construction activity, which we did – in new commercial construction alone. We ended 2022 with nearly $2 billion in overall business. But some of the projects that I thought were in the works have still not been started.

For example, we first reported nearly two years ago that CJ Foods planned to build an Asian food production facility in northwest Sioux Falls. At the time, it was estimated at nearly $500 million and was expected to create 600 jobs in the city by 2025.

I also didn’t anticipate the Wholestone Foods election challenge, and now I don’t know when we’ll see this project come off the ground either.

The road ahead, much like the physical roads around much of our community in recent weeks, looks icy.

It seems that, like road conditions, economic conditions are not predictable or easy to manage.

Transparently, I borrowed the analogy from Bob Mundt, president and CEO of the Sioux Falls Development Foundation.

The combination of higher borrowing, construction and labor costs makes it more difficult to pin down numbers for projects of all sizes, whether it’s an expansion for an existing business or a a business in hundreds of millions for a new venture.

“Our projects have pretty much stayed on track, some of them are stalling a bit or making decisions based on a number of factors,” Mundt said. “I think it’s kind of like the traffic is still moving, but it’s moving on icy roads. It is very slow.

They also feel it in the public sector.

“Trying to manage this growth is much more difficult than we sometimes let on due to the current inflationary environment,” Mayor Paul TenHaken told me recently. “Trying to do projects, and not just new projects, but keeping the wheels of the bus and the streets clear of snow when the salt has risen by 40%. It’s much more expensive to provide our services.

City revenue is largely fueled by sales tax, and that will be something to watch in the early months of 2023. Revenue from December sales, aka holidays, often doesn’t show up until the report from February on sales tax. And while I feel like the first few weeks of holiday shopping have been strong for retailers, I’m concerned about the impact of several cold, snowy days close to Christmas on them. I’m sure we’ll see the tradition of store and restaurant closings in the first quarter continue, although I don’t think it will be widespread. 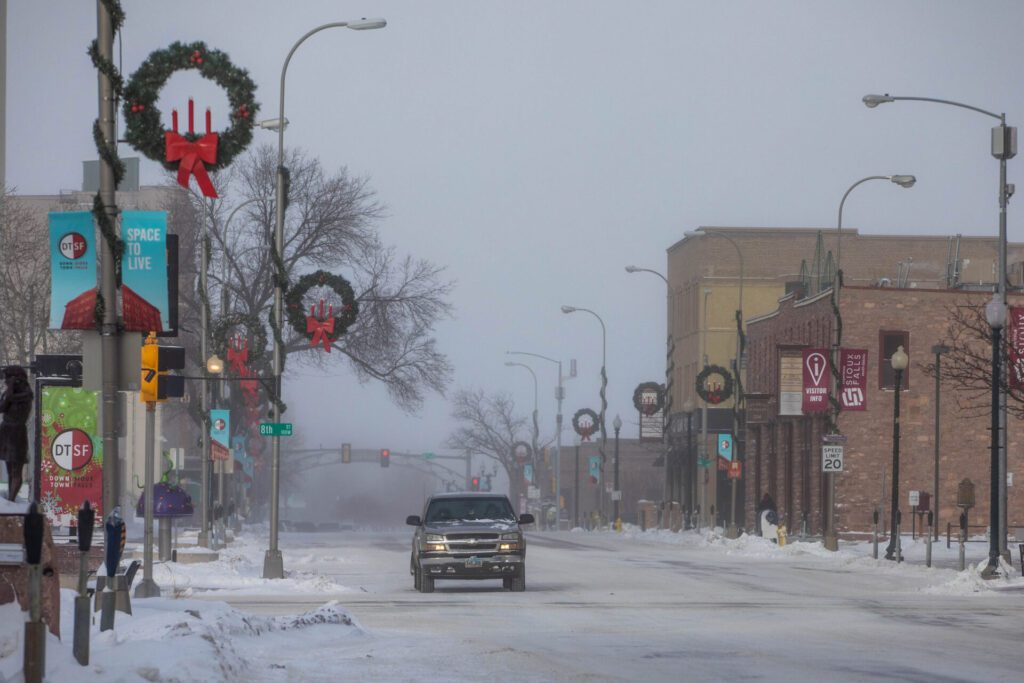 But, to continue the analogy, just because the roads are icy doesn’t mean we don’t use them to get where we need to go. I think this year companies will continue to invest in people and projects, just with a modicum of caution that we haven’t seen in recent years.

When the driving is meant to be tough, you usually win by making sure your vehicle is performing at its best and sticking to the tracks already created to help clear the way. This could be a year for building stronger relationships with existing customers rather than targeting large numbers of new ones. Or focus on the professional development of your current employees rather than the growth of your staff. Or improving your home or workplace rather than moving into a new one.

I didn’t grow up in this part of the country, so my first memory of what certain seasons can do came from reading “The Long Winter” by Laura Ingalls Wilder.

“He can’t beat us!” Pa narrates Laura in the story which recounts consecutive blizzards from October to April.

It is also a good reminder almost two and a half centuries later.

Jodi’s Journal: From a small bedroom to a refuge, a win-win workforce