OOne of the first and most brutal lessons – which became a guiding principle of my own methodology as a ghost – that Kashmir taught me was that the gun is the most counterproductive way to achieve an end. In January 1990 alone, the Intelligence Bureau shot and killed four officers in the space of three weeks. It helped crystallize my line of thinking. We’ll all die by gunfire, so why not talk? That was the most obvious question in my mind as I watched the violence of the winter of 1989-90 come to a head. The idea is to reach the people you are targeting and engage with them. I have always thought that commitment is crucial, even if it should remain secret. We ghosts are sinners, after all, more so than we are saints. We speak more to our enemies than to our friends.

I look at it like that. Whether it’s a politician or a prime minister, or even members of our bureaucracy, they have the right to see life differently. Ghosts provide politicians with not only crucial information, but also cover for accountability. How a ghost views the same thing should be different, but yet we’ve had leaders who have been too narrow. As a result, Delhi only saw things in black and white. It does not work in difficult areas, such as the North East, Punjab or Kashmir. Kashmir, in particular, is predominantly gray and in constant need of empathy, compassion and compromise. It took a long time for Delhi to understand Sheikh Abdullah, and even today we do not understand why the Kashmiri rulers speak a different language in Kashmir and another language in Delhi. None of this means you should stop committing. To be a ghost is to understand humanity in all its nuances. For us, that has always been the nature of the beast.

Over the course of my career, I’ve been relieved to discover that I’m not alone in pushing for a greater emphasis on engagement and dialogue. My contemporary, Efraim Halevy, then director of the Israeli intelligence agency, the Mossad, told me at a meeting in Tel Aviv in 1999 that he firmly believed in the importance of dialogue. In his context, he understood, for example, that Hamas, the militant Palestinian faction, could neither be eliminated nor subdued. Talking was the only way out. The reputable former director of Britain’s MI5, Elizabeth Manningham-Buller, believed in much the same principle, arguing for stronger engagement with al-Qaeda during her time in the service. And yet, this line of thinking was considered soft by most of my colleagues in Indian intelligence. I never quite understood it – because it’s so contrary to my own line of thinking – but over time I discovered the reasons why the other end of the spectrum exists.

In a word: Pakistan.

Pakistan is at the heart of the paranoia, distrust, lack of imagination and stark convention that governs much of the spy game in Kashmir. Now, when it comes to convention, we’re bound by the rules of the book, so obviously it’s hard to completely circumvent it. But the lack of imagination, I think, is what finally sticks out, kind of like a sore thumb. In tough places like Kashmir, you have to be able to think outside the box (a phrase I learned from Dr. Manmohan Singh, who often used the same words). But the question here then becomes: Should we be cautious above all else, or should we take a risk or two? It’s a debate that will never end, but my firm belief is that unless you try something, you won’t get results. Sure, you could—and you probably will—but unlike life, you don’t get too many second chances when it comes to intelligence. The tricky part is your ability to walk that thin line between imagination and confidence.

When it comes to intelligence officers, we all find them exceptionally difficult to trust. We are terribly possessive of our sources, our information, our operations. But let’s say I’m running an operation in Kashmir and I want to talk to someone. Now, I don’t have to be exactly in love with him, but trust is built over time.

There is no instant chemistry in the ghost realm, especially in a troubled state like Kashmir. It took me years to get to know Farooq Abdullah, and even today I wouldn’t dream of taking that relationship for granted. Even the best of our operators will – and are – careful in difficult areas. However, when it comes to Pakistan, the blockages are immense and the main stumbling block is always trust.

The execution of agents and double agents is normal for the espionage course, so it is disappointing to recognize that when it comes to cooperating with American agents, for example, we have no such mistrust. Pakistan, in our mind, is our only adversary. This is the wrong approach. Every intelligence agency that operates on our soil is an adversary. Yet when it comes to Pakistan, we think twice, sometimes more,Yeh Pakistan ke liye kaam karta hai. (He works for Pakistan.) What I mean is…yeh pakistan ke liye kaam karta hai that may be true, but doesn’t that make it all the more important to us? Think of it this way. Let’s assume we’re stuck in Pakistan. Even with this blockage in play, what would be the biggest feather in your cap, as an Indian intelligence agency? I imagine it would be if you could get the head of the Inter-Services Intelligence (ISI) station to work for you, or the defense attaché, or, in fact, any Pakistani here. Isn’t that common sense? But somehow we have the apprehension that a Pakistani is not trustworthy, that he creates problems, that he is, simply, a rascal.

Rogues, in my opinion, are the best agents. To believe otherwise shows a lack of confidence, a lack of imagination and a general feeling of suspicion and mistrust. Counterintelligence and its various facets – agents, double agents, moles – is a great example of where you can best use rogues. When we talk about rogues and moles, however, I should clarify that each of these guys can and often is different, and they don’t all have a single endgame. Moles, for example, have many uses. They’re not supposed to just glean information and report back to their managers. Their uses can be extended if you apply a little imagination. There are moles in governments and moles in intelligence agencies. When it comes to the latter, it gets a bit tricky, as moles can work smart on each of the service executives these agencies might have. It was a mole, a plant or a walk-in that led to the assassination of Osama bin Laden at the hands of the CIA. 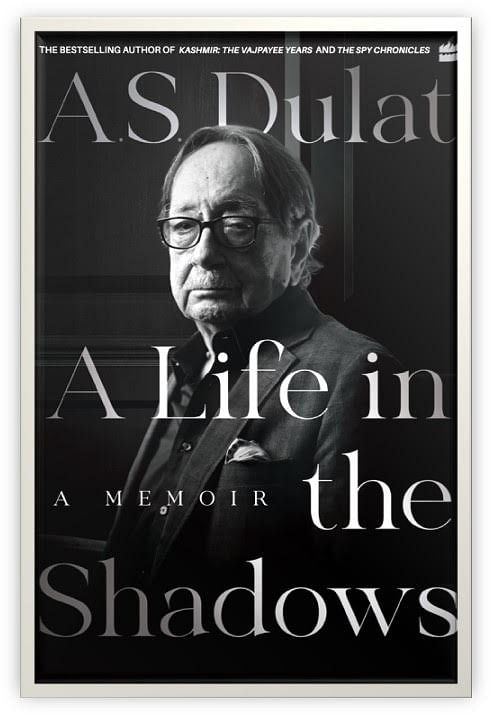 This excerpt from A Life in the Shadows by AS Dulat was published with permission from HarperCollins.